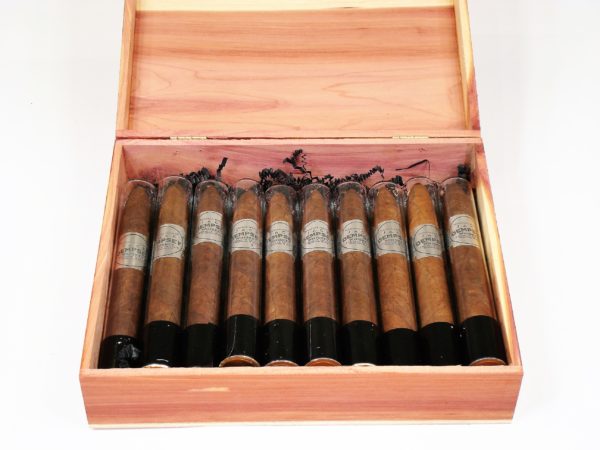 Medium-bodied, 6×52 Torpedo.  This hand rolled, bourbon
infused cigar is combined with Jack Dempsey Whiskey.  This tasty cigar
is infused with an award-winning rye and bourbon blend that provides a
delicious flavor and aroma that won’t disappoint.

The 100 proof Jack Dempsey Whiskey was released to celebrate the 100
year anniversary  of the championship fight between Jack Dempsey and
Jess Willard in 1919.  Dempsey became a cultural icon of the 1920s and
his aggressive fighting style and power made him one of the most popular
boxers in history.

There are no reviews yet.

Be the first to review “Jack Dempsey Whiskey Infused Cigar – Box of 10 with a Free Engraved Commemorative Box.” Cancel reply